Attitudes about self-driving cars differ greatly, to some degree between generations and to another between those with varying commitment to the world of high tech. I, for instance, am not at all sure I’m comfortable with the idea while my teenaged son cannot wait for the concept to be the only game in town.

When you consider that the technology still needs to be fully developed, and all of the infrastructure that must be in place, it might seem that we don’t have to worry about the fine print quite yet. However, The Hill reports that behind the scenes, lawmakers are already doing exactly that – worrying about the fine print – and cites five actions Congress is likely to consider when it resumes after the August break.

Most of what is being discussed, debated and investigated now doesn’t relate to future civilian drivers, it does however relate to how those vehicles will be managed. One topic has the potential to significantly influence how many test vehicles are out and about on the roads short-term.

According to the article, under current law, all vehicles must have a steering wheel and floor pedals, unless the vehicle has been granted an exemption, of which only 2,500 are granted per year. When you consider though that this exemption must also apply to accessible vehicles, say those with hand controls rather than foot pedals, there isn’t a lot of space left for manufacturers of driverless cars who want the new vehicles to be fully free of these features to get their product into real world scenarios for testing.

Reportedly what is being considered is an increased cap of 100,000, with a phase-in period likely to avoid too many of these vehicles being introduced to roadways at once. Personally, if I don’t have the option to control a vehicle if something goes wrong – say through a back up steering wheel and floor pedals – I can’t see myself behind the wheel and I’m not sure how I feel about up to 100,000 vehicles without these features driving the roads my kids drive. 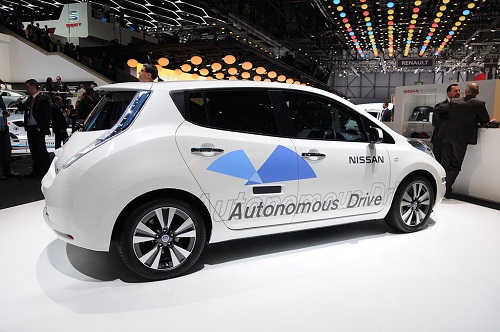 One need only drive from one state to another to understand the next issue being considered federally – the differences in state laws. While now licensing, policing, and even road safety rules are governed by state governments, it will likely take federal regulations to ensure safe and controlled operation of driver-less vehicles across the country. Beyond the obvious speed, seat belt and so on, there are infrastructure (technology) issues and insurance considerations that could change the safety of operating these vehicles between states a key issue. Exactly how much road safety will come under federal law will be interesting to see.
Naturally at the same time, there is some degree of concern that, while necessary and called-for, these regulations might create obstacles for the US manufacturers, while competing manufacturers Abroad will benefit from it.

With safety a key point being discussed as a pro in the race toward driver-less vehicles – given that a large majority of accidents are caused by human error – there will need to be a controlled safety evaluation process in place before these vehicles are released in mass onto the roads. When you consider the number of recalls and issues present in today’s vehicles, that is no small task. Who will be the governing body who deems a vehicle line roadworthy? What kind of testing and over what period will testing be required to ensure systems aren’t going to fail three, or six months, or two years after the vehicle is released? Given that some people will keep and drive cars for 10 and 20 years, how will be sure that those vehicles will remain roadworthy for those lengths of time without actually testing them for that period? And who will be accountable if something goes wrong. 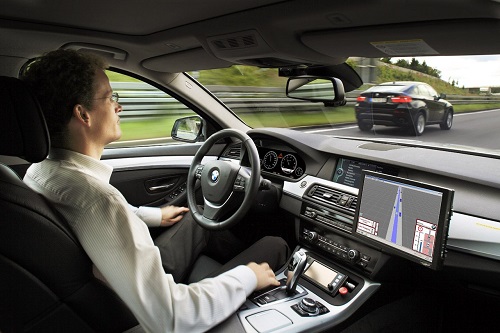 With increasing concerns about privacy and cyber security, and given the large amounts of data these vehicles are expected to contain, I’m glad to see Congress taking time to debate and consider this issue. The Hill reports that a next step will be an advisory committee to consider the many nuances involved. When you consider some of the applications that exist already – those that will preset your route home based on your normal habits, that will monitor your vehicle and prompt you to visit your favorite nearby gas station when it’s time – combined with the infrastructure technology that will exist to tie into the self-driving cars’ framework, there are a whole lot of questions, concerns and what ifs that come to mind.

This may be the generation who sees the driver-less car become reality but personally, I’m quite okay with Congress taking its time to really review and assess all aspects of the situation, over many years, before that happens.